OpEd: Is Obama a Traitor? 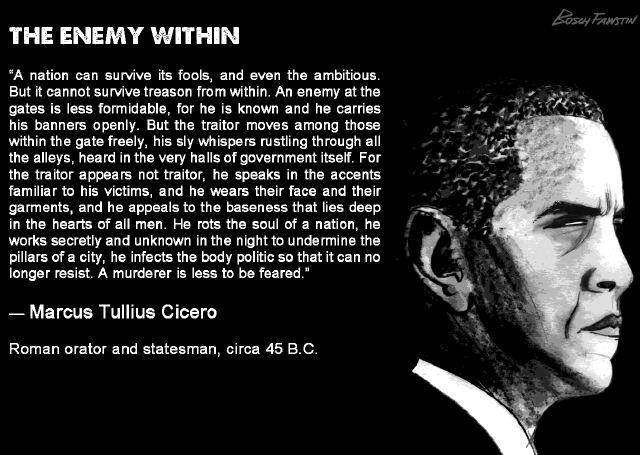 We have been lied to continuously by Obama and his supporters even before he was elected. This man has not been honest, or acted with personal integrity since taking office. It is no longer mere coincidence that his decisions make life in our nation more burdensome in every way. His domestic policies have tripled our debt, while his foreign policy has put the world on the brink of WW3.

His vision of our nation was born through his father's eyes and those who influenced his personal narrative. It reads like a list of Enemies of the State.

He is purposely, and with intent taking our nation into a third world posture weakened in every way. It's time for Congress to take back their power by either suspending spending, or using the nuclear option to make sure Bills passed by Congress make it to the floor of the Senate.

It's impossible to see this video and not know Obama's intent!