Breaking ... Hillary is Out! 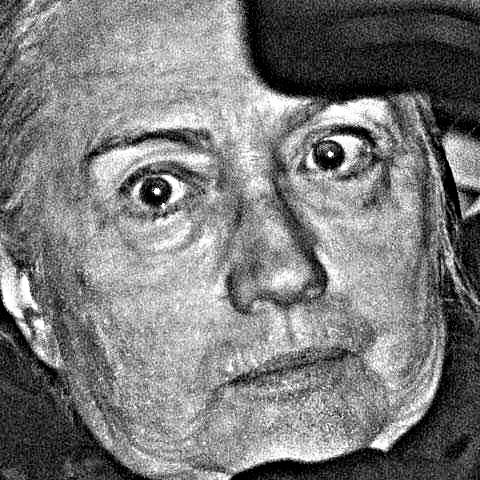 New Information regarding Hillary having human intelligence on her private server will end this women's career. This is the most secret intel information.

Mark my words, Hillary Clinton will either take this kabuki theater all the way to the Democrat Convention and decline the nomination, which will throw the party into chaos. Or, pull out just prior to some type of reprimand for her illegal server.

Her excuse, or explanation will be how she respects the nation, and her family far too much to allow the Republicans to drag her through the mud. Telling us she has done more for this country than any other women in America. Don't be surprise if some Dark Horse emerges and carries the Democrats to their likely defeat.

There is a good chance that she will either lose her top level security clearance, or be indicted for providing our enemies with State Secrets by hacking her private server, after cracking her password (hint: Fluffy, her cat's name).

No matter, the Clinton's will be filthy rich in their old age, and live a lavish lifestyle even though she is partially responsible for the rise of Isis, and the tragedy at Benghazi, among other policy failures.

In the world of  government corruption and crooks, the Clintons have rightfully earned a special mention.

Barack Obama will pardon her if indicted before he leaves office.

At this point in time, it looks pretty certain Hillary Rodham Clinton will never be the President of the United States.

The decline of the Public Trust and Moral Decay started with an impeached Clinton, hopefully the resounding shaming of Hillary will end this sad epic.
Posted by theodore miraldi at 10:22:00 AM 32 comments: 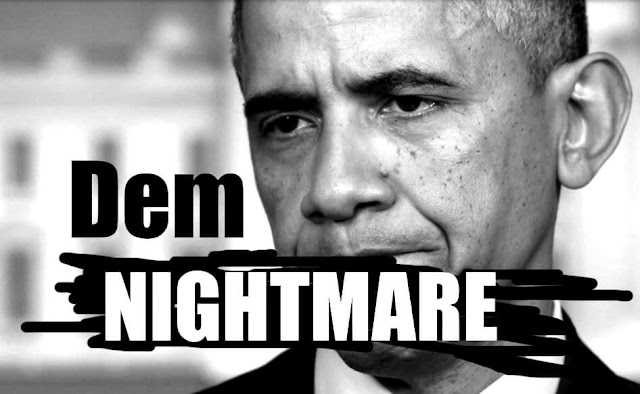 Last week, Americans watched 10 valiant Navy seamen, on their knees with guns pointed at their heads, being humiliated by a Nation of  Terror. I for one, felt great shame for my nation.

We are the greatest nation in human history, with enough might to destroy the world in its entirety. Yet, helpless at the hands of murders.

Arrested and carted away to some unknown location, only to be further humiliated, sitting on the floor cowering in fear for their lives.

This entire episode is a masterful piece of propaganda.

And we are losing on every front.

This is just the latest miscalculation by an administration that represents our nation on its knees. A democrat paradigm that insists on making our nation the laughing stock of the civilized, and uncivilized world.

Obama was damaged goods long before his rise to power. His childhood trauma has molded his adult behaviors. He cares little for the welfare of the entire community. His community are those who he perceives as victims. It's why he always sides with the antagonist, feeling they have just causes, and deserve special treatment.

Even putting this aside, what's truly troubling is that the entire Democrat party is complicit in the delusion. They have enabled already powerful Federal Agencies to corrupt the normal process of government and eroded the checks and balances written into the Constitution.

Obama has literally shut down our security systems by  purposely overloading its capabilities.

The flood of Illegal Immigration has drained the public sector of resources that should have been used to help Americans.

The military is too small, police are spread too thin, and our aging judicial systems are barely functional. These are the changes Socialists and Communists have used throughout history to gain control.

Divide and conquer, weaken and conquer, destroy the economic and social systems and conquer.
Posted by theodore miraldi at 6:07:00 PM No comments:

Death of the Democrat Party 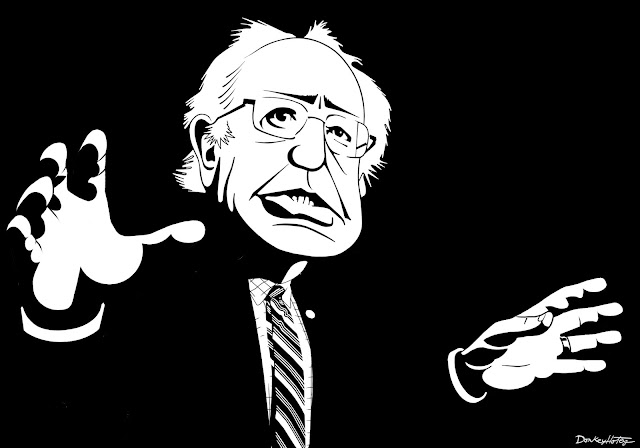 The last Democrat with new ideas was JFK, and his popularity was appreciated on both sides of the aisle. We tackled the great issues of the day together as a nation. And although we didn't always agree, the formality of government was civilized and inclusive.

The democrats are in a free fall, being  hosted by the Clintons and  Bernie Sanders. Closet socialists
that would dispense your rewards to those who are willing to sit idly by, and feast upon our national treasure.

To make matters worse, they propose giving away America's hard earned dollars to anyone who can cross the border legally, or by fiat. The bank is nearly broke, and the Democrats have little substantial evidence that it was worth our combined efforts.

The poor get poorer, and the middle class is working part-time. So one might ask, Where has all the money gone?

The convoluted Democrat mantra is killing itself by a thousand cuts. People are more inclined to pay more attention to the reasons we are falling behind as individuals, and as a nation.

Everyone understands monetary success and debt. And as of 2016 debt has effected everyone.

In the last 40 years, 80 Federal programs have been created to alleviate poverty. What we are finally learning is the the government offers the poor government employment, at the expense of  hard working Americans.

It might be acceptable if those workers, and bureaucrats did the job with efficiency and expertise.
Democrats have created an economy of waste without consequence.

We need competent proven leaders who care less about politics, and more about results.
Posted by theodore miraldi at 4:48:00 PM 1 comment: 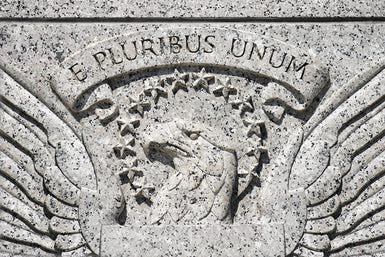 
Hyphenated America: It's what the Democrat Party has done throughout our history.They thrived on Slavery in the South, and the nation has been paying for it since.

It troubles me listening to Democrat pundits profess all that is wrong with our nation and the Republican Party, while never opening up a dialog regarding the level of corruption within their own party.

In 2016, the "White Peoples Party" (as the Democrats like to portray it) is fielding 2 Hispanics, an African American, a Woman, a Libertarian, Constitutionalists, Conservatives, and a Social Conservative. We have Senators, Governors, Doctors, Private Sector CEO's and yes, Professional Politicians. And yet, the  Democrats and their legions of ignorance see Racists, Women Haters, and Hawks. Not diversity.

They see diversity as everything and everyone that agrees with their losing policy narratives, that have  crippled our people and communities. Yet, they push onward.

Democrats run almost every single dysfunctional community in our nation.

The democrat party has polluted our political system with ignorance and corruption, never before seen in our Federal System.

They rail about Republican candidates, but allow a card carrying Socialist to run for the democrat
nomination.

They employ liars, cheats, tax dodgers and sexual predators; yet, speak about moral superiority.
It is a party that turns away from taking action against the sale of human baby parts, but supports legal rights for Illegals and Terrorists.

What has happened to a nation that Trusted in God, and rose to the pinnacle of civilization?

I'll tell you what, Evil.

Many in our nation would rather embrace the Seven Deadly Sins, rather than the Ten Commandments.

You can see it all around us, from our youngest children to the elderly.

Hyper-sexualization, lying, cheating, murder, theft, and bullying has replaced the behaviors that contribute to personal success, and high functioning communities.

Democrats can't win on sound policy issues. They haven't any. They can't win by playing by the rules. Just review how Obama-Care was passed, the IRS Scandal, or Benghazi. If they had been truthful and honored their responsibility to the American Public none of the above would be in our common lexicon.

Democrats don't fight corruption, they create it.  Their history is littered with scandal.

So, one would ask why?

POWER! MONEY! INFLUENCE! And they all equal ego driven people, who in their delusions believe they are here to govern and teach the masses. Sounds like Socialism to me.

Our National Motto is E Pluribus Unum, (out of many, one),  has never been the Democrat's mantra.

This administrations motto is divide and conquer!
Posted by theodore miraldi at 6:31:00 PM No comments: 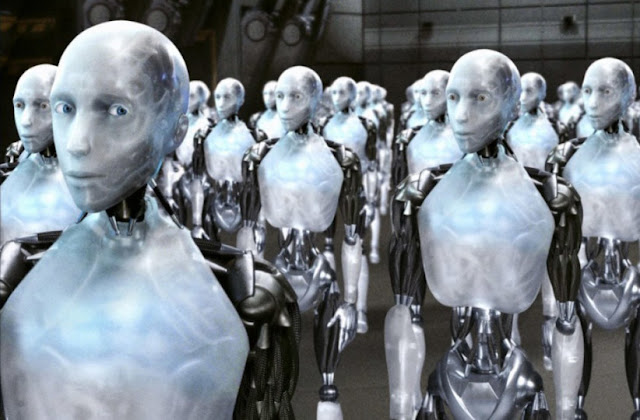 
The Democrat Party has lost whatever credibility they may have earned by parading a Socialist Elitist,  a Communist, and the former Mayor of Baltimore (armpit of America) for their choices to be the next president of the United States. Now can you see what they consider Presidential.

I guess Obama hasn't been devastating enough to the Middle Class and Poor as the march of the robotic party continues.

The stooges of the Left are making our nation an embarrassment to all!

The level of ignorance continues to befuddle with Sanders newest tweet about his understanding of basic economics. Could the constituents for the Democrats be so dumb?

The Liar and Thief, The Socialist running as the Demorat, and the
Architech of Social Unrest are the best the have to offer.

The Left's new narrative appeals to the least educated, least socialized and anyone who thinks victimization is their ticket to success.

They are the rioters, the looters, the real racists among us who are emboldened by the leaders of the Left. The last 7 years under the Obama Doctrine has put perks in the pockets of those who are being reduced to herds, tribes following the commands of their masters.

Individual rights has no meaning to the Left. Group Think means votes and tightening their grip on power. Win by any means possible is repugnant when dealing with the lives of others, promising the Moon while delivering broken dreams time and time again.

While the election looms large in the eyes of the voters, democrats are serving up the same failures.

I suggest that the Democrats have become the regressive Oligarchy controlled by a few, who will march to an ideology of repression of our Constitutional Rights.

We must choose between a government of repression moving toward some form of Socialism and less Liberty, or a  Constitutional, Law and Order methodology that has made this nation exceptional.

The Democrats deliver failure and call it progress. Four more years of overloading our system with
the corruptions of the Left will not reverse our damaged spirit.

Our real problems are those one the progressive left,

theodore  miraldi . If anyone reading this article is doing something that they enjoy ... STOP! You are not allowed. As we sat and watched ...