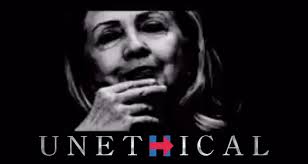 Only in this nation's moral quagmire could cheating be an acceptable way to win. Why have we forgotten the time told adage that "Cheaters never Win, and Winners never Cheat."

Cheating has become an acceptable behavior for those who just aren't measuring up the the standards that ultimately breed success. How is it that the fallen always suffered the malady of  not doing what is expected. This is not about not following rules, this is about calculating the result of actively cheating to gain advantage over others.

It is not by mere chance that lawyers are trained to win at all costs, and the near majority of our leaders are lawyers.

It's unfortunate that this once noble profession has taken its adversarial methodology into the halls of government to pervert the truth we all have been promised, and should expect from elected officials and bureaucrats. There are no longer and checks and balances, and whatever few there were have been abolished by the pedestrians that rule over us all.

The Clintons have built an empire of distrust by lying and cheating, when-ever and where-ever they calculated the risk versus the rewards.

This email scandals fits nicely into that paradigm. Gaming the system to gain power, being exposed for cheating,  lying, denying and just playing dumb is the Clinton way.

Here is her long history of cheating:

7) Emailgate: ‘She should go to prison for this’

10) ‘Landing under sniper fire’ in Bosnia

Another Clinton Presidency would mean the end to an ideal that has propelled an exceptional people into the most successful nation in history. The free lunch that the democrats have feasted on must come to an abrupt end in 2016. Electing another president under the veil of corruption was wrong in 2008, and should be an over-riding issue for Americans to understand and vanquish.


Scandals are always synonymous with corruption, and just one corruption of our trust should be enough to disqualify anyone from seeking higher public office.

Clinton will be out of this race before the convention.
Posted by theodore miraldi at 2:11:00 PM