OpEd: Trump and the Voice of REASON 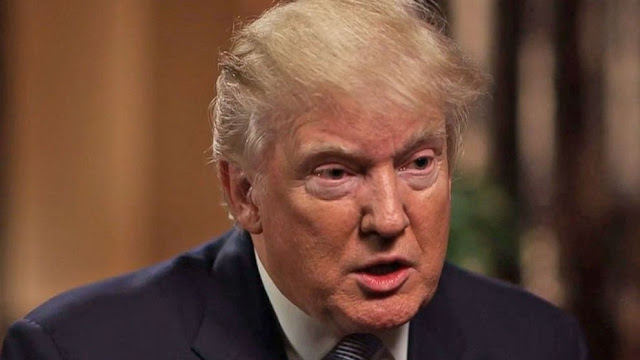 Although many are dismayed by the Clinton Campaign's release of Trump's hot-mic statements, make no mistake this was orchestrated to win an election, not to fix some social injustice in the manner men speak about women behind closed doors, or for that matter, the way women speak about men as well these days.


Unfortunately, what all the social movements have created are Double Standards. Do as I say, not as I do antagonists with very thinned skins.


We as a society have created the Donald Trump's of the world. He is not the first, or the last. Sexual indiscretion can been seen each and every day created by the Networks and Movies the Liberal Media and Movie Moguls feed our children. Sex sells, free to watch, learn and mimic the behaviors most of the left are crying foul about. If you want dysfunctions on display read any entertainment magazine.


How indignant are the actors and produces as they deposit their million dollar checks and raise their overindulged children to stand in judgement of us all. We need to take a serious look at the root causes of shameful speech and behaviors.


And no person should be judged for speech alone, it is one of our earned Freedoms in this nation. Let me say, what Donald Trump said was wrong, but certainly not disqualifying. We no longer live in a world of "sticks and stones" thanks to our liberal Free Speech Advocates.


Where is the progress when we admonish those who disagree and call for them to be shamed, or removed from our communities. For the "Holier Than Thou" who march around demanding we all step in unison, I say, Stop Judging others!


And for all the righteous indignation I say, Look upon ones-self to see my sins.


We live in a world that is spinning out of control, because we refuse to control our efforts to do good where it truly matters, on ourselves.


Everyone in this world makes mistakes, if we are all to judge each other on just the past we are missing life's most important message. Building character takes a lifetime, wisdom comes from trial and error. Donald Trump is flawed no doubt, yet redeemable.


Let's not forget how openly Bill Clinton practiced his assault against women, or the woman who tried to shame his victims.


What's at stake is the future of the nation, and its children. Speech should not indict, while bad actors walk free.


Here are some others who were forgiven for sexual indiscretions and revered by our nation.

1. “Do not judge, or you too will be judged.
2. For in the same way you judge others, you will be judged, and with the measure you use, it will be measured to you.
3. “Why do you look at the speck of sawdust in your brother’s eye and pay no attention to the plank in your own eye?
4. How can you say to your brother, ‘Let me take the speck out of your eye,’ when all the time there is a plank in your own eye?
5. You hypocrite, first take the plank out of your own eye, and then you will see clearly to remove the speck from your brother’s eye.

Politicians must be judged for their records which are public, and rightly so. Is it right to judge for the perception of impropriety when none may have occurred.

This is what Hillary would like us to do, as she screams bloody murder about her criminal acts.