OpEd: The United States Of CHINA: Traitors In Our Midst 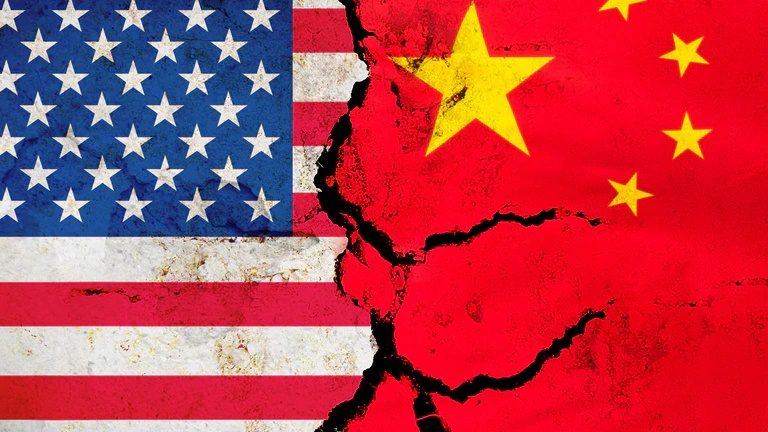 theodore MIRALDI
I never thought I would be saying these words, but for the life of me, we have been surrounded by Traitors who through Sedition have been assisting our enemies to overthrow not only the Constitution but the laws that govern our election process. Curious as it may be Americans now side with foreign governments over the well-being of our Republic and its citizens. It's with utter disgust that many are forced to watch the antagonists on Fake News spew their lies as they support every abnormal assessment of policy and personal responsibility.

What's even more astonishing is that these Propaganda Overlords know less about what is really happening behind the scenes than their adherents who are as clueless as they are. Brainwashing the public with incessant lies designed to foster distrust so we turn against each other in hatred, yet they preach unity.

Putting aside the highly flawed results of the election, Democrats under Pelosi's 'll Duce'  Fascist Rule the democrat's use the same playbook as Authoritarians and Dictators. Not shamed by their own distrust of voters she deemed too stupid to decide for themselves. Her first act as the newly elected Speaker in 20018 was Partisan Bill (Democrat 236-1) HB1.
*Source: https://legiscan.com/US/text/HB1/2019

A bill that loosens voter rules and calls for universal mail-in voting. Specifically, the bill expands voter registration and voting access and limits removing voters from voter rolls. Anyone who thinks that the outcome of this election was a coincidence should think again. Read It!

Democrats are intent to make this nation a one-person, one-vote, one-party nation, sans the Electoral College. Their idea of Democracy is more likened to Cuba, Venezuela, and various other erratic and failed states.

For the life of me, I have no solution to what is happening to the nation I love. To resist in kind as the Democrats have done for these last 4 years will surely end in a violent revolution.

So, let's refresh our memories with the words of our Founders;
“God forbid we should ever be twenty years without such a rebellion. The people cannot be all, and always, well informed. The part which is wrong will be discontented, in proportion to the importance of the facts they misconceive. If they remain quiet under such misconceptions, it is lethargy, the forerunner of death to the public liberty. ... And what country can preserve its liberties, if its rulers are not warned from time to time, that these people preserve the spirit of resistance? Let them take arms. The remedy is to set them right as to the facts, pardon and pacify them. What signify a few lives lost in a century or two? The tree of liberty must be refreshed from time to time, with the blood of patriots and tyrants. It is its natural manure.”
~ Thomas Jefferson

Be assured that those who work in conjunction with or enable foreign actors to interfere with Federal and State Constitutions shall be punished by the full extent of the Law! There are those who continue to erode the Public Trust through insidious means to gain power and wealth. These efforts must be addressed now! Our nation should remain proud no-matter which party is in power. To elevate those incapable of serving for nefarious reasons is to be an Enemy of the State.

We Elect Representatives to do the business of the American Public, not visa, versa. We empower them and with extreme measure if necessary, prosecute them as well. These are the powers in the Constitution to be governed by the people, not to be at the command of illegitimate actors.
Our fight to defeat Communism has been fostered by American Traitors who worship Gold instead of God!
Posted by theodore miraldi at 11:48:00 AM